Our children are not our friends.

We are FRIENDLY to our children, but we are not their FRIENDS.

And I could be wrong, but I firmly believe that it’s (nearly?) impossible to be your child’s parent AND their friend at the same time.

At least, until the child matures and moves out of the house.

I know there are moments that the boys hate me. I’m prepared for it, I expect it. But I also know that when they feel that way, they’re more upset about not getting their way more than actually hating me.

At least, I hope so.

And though I would be lying if I said that it didn’t bother me when they’re upset with me, I get over it, I chock the anger, the dirty looks, the mumbled insults, to simply being part of my job as their mother.

It comes with the territory.

I think because I already possess this mental awareness in my mother arsenal I’m pretty straight forward when it comes to discipline. These are the rules. You follow the rules, we’ll have rainbows and unicorns. You disregard the rules and the hounds of hell will be released, chase you down, and melt your face with their fiery breath.

Not to be overly dramatic or anything. 🙄

I know I sound like a broken record here, but Kevin and I have always agreed on the discipline front:

He steps back and allows me to be the bad guy.

It’s worked out beautifully so far. 😀

Seriously, I have usually been the one to dole out the punishments. When the boys were smaller, I whacked them with a wooden spoon whenever they wouldn’t listen to me or were breaking the rules.

Yes, I spanked the boys.

At any rate, they quickly got the message – mom meant business. And luckily, (because contrary to popular belief I didn’t enjoy it), I didn’t have to get the wooden spoon out very often.

Now that the kids are older, we get them where it really hurts – their games and computers.

We have a deal – give 100% of your attention to school, make the grades you’re capable of making and everything is cool.

Those grades drop, or you start disregarding house rules, and we confiscate the power cords to your computer and/or game consoles/DS’s.

A couple of times of being deprived of their favorite past time and POW, instant obedience.

Kevin and I have agreed on how to discipline the boys, but we’ve not always agreed on the length of their punishment.

It’s funny, but when I’m doing the disciplining, it doesn’t really bother me that much when the boys get mad/sad, etc.

But when Kevin disciplines them for something (and it doesn’t happen often, he has the patience of saints), I find my first instinct is to protect the boys.

Which only serves to irritate Kevin more.

I don’t question his judgment in front of the boys. And I rarely try and usurp his authority with the boys, overall. But I have been successful in talking him down from an anger high and reducing their sentences a bit.

Because even though I’m tough and a bit cold-hearted, I am fair.

The boys learned, early on, that trying to divide and conquer us was a waste of time. Though we may disagree on the specifics, Kevin and I are on the same page overall.

I think that strength, that strong parental front, has helped make our marriage stronger over the years, too.

Your turn: what happens when you disagree with your partner’s parenting decisions? 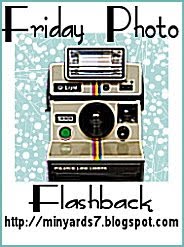 This “kid” is going to be 18 in November and a SENIOR this year.