So I mentioned that our first collaborative writing project, called Chapter Seven, was due to post at Write Anything this week – and it has been.

Today, my chapter was published. *gulp*

I wrote chapter six because I was terrified of writing chapter one or getting stuck wrapping the story up at chapter seven. However, I would have taken those chapters if no one else wanted them.

This was my first time participating in a collaborative writing project, but it was not my first time writing with other people – if that makes any sense. I used to be pretty heavy into the whole role playing thing (back before The Sims came along *gasp* and back when you had to write all of your characters reactions out as opposed to now when it’s all done through fancy-smancy avatars.)

So, I was pretty used to thinking on my feet. And that is what is necessary when you collaboratively write with other people. The story takes unexpected turns and you must go with the flow – sometimes it’s frustrating because it wasn’t what you envisioned, but often times, it’s exciting because it travels down a road you never considered before.

It’s the ultimate writing challenge, in my opinion. And it REALLY exercises your writing muscles as well because you have to consciously try and write in the same tone as the other writers.

At any rate, I had a BLAST participating in this project and we plan on continuing the project as long as we have interested writers. We’re currently gearing up for the next Chapter Seven Edition – the Winter 2009 Edition, if anyone would like to join up I still need three more writers. I will be participating again (in fact, I will be participating in every challenge because come on, it’s only fair I ask myself to go through what I’m asking you to go through) so I’ll be at least one face you’ll be familiar with. *smile*

You only have to write about 1,000 words and you’ll have close to a week to write that. It’s a fairly low-stress (non-paying) writing gig and I can promise you, you’ll learn a lot about your writing self in the process. Contact me if you want in!

Anyway, here’s an excerpt of what I wrote. Our story is entitled “Lost on Earth” and it’s a science fiction story about a woman, an alien, who is using Earth to hide from her people who want her back so she can lead them. If you get a chance, please click over and read the rest of the excerpts – I really think we did a nice job pulling it all together.

Nico could only see the outline of a body on her front stoop. She tried turning her head to one side, then the other side in an attempt to gain a better perspective, but it was no use, she simply couldn’t determine who, or what, was outside her door.

“Who is it?” she asked softly. Her voice sounded strange, almost hollow in pitch and she felt a peculiar squeezing in her stomach.

She placed a hand flat against her abdomen and nearly forgot about the person on the porch as the peculiar sensation persisted. She tried to decipher what she was feeling – fear perhaps? 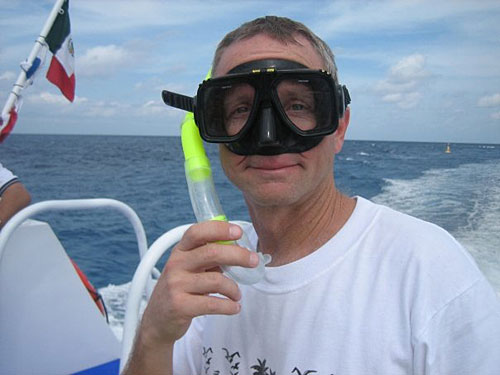