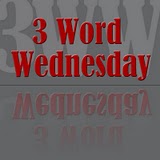 The three words to use in a story this week are:

For years I’ve had an affinity for my closet. I know there are many people who fear their closets, but not me. I like mine. In fact, I prefer its close darkness than that to, say, other people. People are hurtful, confusing, and unpredictable; my closet is small, secure and quite predictable – I know every article of clothing. I can trace every carpet dent made from the heels of my 16 pairs of shoes. I can even tell you the number of dust balls that litter the shadowy corners.

I spend a lot of time in my closet.

I haven’t mentioned anything about my … interest to anyone. Well, except my sister. I made the mistake of letting it slip to her about five years ago. But she ended up telling my mother, who told my father, who then proceeded to blackmail me into either seeing a psychiatrist or to move back home so they could suffocate me with their undying concern.

I opted for the psychiatrist.

I’ve also not spoken to my sister since then.

After 25 pre-paid visits determined that I was not, in fact, crazy, but that I simply liked spending time in my closet because it offered me the comfort I wasn’t receiving from anyone else in my life, I stopped my therapy sessions.

My parents were not pleased with the doctor’s diagnosis. In fact, they tried to talk me into seeking a second opinion. I was quite insulted by their insistence that I was crazy. But I suppose being diagnosed with a mental illness would have spared them the embarrassment of admitting to their friends that they had a quiet, shy, socially retarded oddball for a daughter.

I didn’t see what the big deal was: I simply liked spending time in my closet.

I didn’t do much while I was in there. Often times, I simply curled up into a ball, hugged my knees to my chest, rested my head back on a wall and simply drank in the darkness. The quiet was comforting, the low light was soft on my frazzled nerves and it served to gently squeeze out all of my anxieties so that after about fifteen minutes or so of my “closet therapy”, as my shrink liked to call it, I felt like a new woman. I was calm, I was focused and I was ready to deal with whatever crap life threw at me.

I was content … that is, until I started waking up in my closet and had absolutely no recollection of how I got there.

One minute, I would be curled up on my side, safe and sound in my bed, nestled down into my bedcovers, everything covered save for one half of my face and the next, I would be in my closet, sleepily rubbing my eyes and wondering if I overslept – again.

This went on for two weeks straight, not every night, mind you, but more like five out of seven nights before I started getting worried. How was I getting into my closet without my knowing it? Was I sleep walking? I didn’t recall ever having that problem before but how else could one rationally explain how I got from point A (my bed) to point B (the closet)?

(And if you tell me that that’s possible, I know the name of a shrink who would love to talk to you about your “theories.”)

I was tempted to contact my psychiatrist. I wasn’t interested in starting therapy sessions again, but I was curious to hear what sort of theories he might throw out there about my “hypothetical” situation.

But in the end, I chickened out. I was afraid, considering my rather shaky mental history with the man that he would end up committing me to a padded room “for my own good”.

Uh, no thank you.

But not knowing how it was happening was driving me crazy. (Pardon the pun, won’t you?) After agonizing over my, er, strange situation for a few days, I got an idea.

I would set up a video camera and record whatever was happening.

It’s alright to be impressed. I was dutifully impressed when it first occurred to me.

I had a moment of anxiety when I bought my video camera – I am quite simply, a technological idiot. I know nothing about electronics, or Play boxes, or X stations, or Wees … or however you spell it. So I was quite out of my league when I finally drummed up the courage to ask the saleswoman for video camera suggestions.

“Something small and compact, eh?” the store employee said.

“Yes. Something simple. Just tell me what button to push to turn the thing on and I’m good.”

She gave me a strange look. “What are you going to use it for?”

“I’m sorry, but that’s none of your business,” I said.

The woman gave me another strange look.

I fidgeted a bit and averted her eyes.

Did I mention I wasn’t exactly a people person?

The woman sighed. “I can help you narrow down your search if I know what you plan on using it for,” she explained; I’d say patiently, but she didn’t exactly sound patient to me.

“I want to video tape myself.”

She stared at me.

The silence stretched several seconds before I realized how my answer must have sounded to her.

And I’m quite sure even the roots of my hair turned cherry red with embarrassment. At least, I think they turned red. My head suddenly felt like it was on fire and I remember actually reaching up to touch it to make sure.

“Can I have a glass of water?” I asked. It wasn’t for my head, which wasn’t on fire, but because I was suddenly thirsty.

After this awkward exchange, the saleswoman no longer cared about making a good sale and thrust a small, compact and simple looking machine into my hands.

Perfect. That’s what I wanted in the first place. Why did everything have to be so complicated?

I went home. I set up the camera.

I went to sleep.

Subconsciously, I must have known about the camera because I woke up, in my bed, like a completely normal person for a solid week.

But every night, I set it up before I went to bed, just in case.

(I’ve always wondered what that saying meant – I mean, does dirt really pay anything? Well, I suppose if there were gold nuggets in it or something, but I digress).

I woke up in my closet. And like always, I had no idea how I got there.

Excited, I stumbled out of my closet and checked on the video camera – it was still running.

I nearly hyperventilated as I stopped the recording. I had to stop and catch my breath because my head started to feel as if someone had stuffed cotton into my ears. Once my vision cleared, I fumbled with the camera for a bit before I figured out how to get back to the beginning.

There I was, quietly sleeping away. My shoulders gently swelled with each breath. I looked so peaceful. I looked like an angel.

I smiled. I was finally going to get my answer! Who needed a psychiatrist! I was smart enough to figure my own problems out!

After watching me sleep for nearly five minutes, I got bored and fast forwarded it through twenty minutes of footage. I giggled as I watched my shoulders quickly move up and down with each accelerated breath.

My image blinked out and static appeared on the tiny screen. I took the video out of fast forward mode and played it.

The sound of white noise filled the room. My sleeping image disappeared.

“Stupid camera!” I pushed the fast forward button again and a picture of my room suddenly popped back onto the screen.

Only, I wasn’t in bed any longer.

I was no where to be seen.

I pushed the fast forward button again until the closet door opened and I stumbled out, sleepily rubbing my eyes.

The camera was apparently working fine. But for some reason, it refused to record the one thing I wanted to see above all else.

Why would it do that?

I had been curious to find out how I got from my bed to the closet.

Now I was scared.

(By the way, this odd piece of fiction was inspired by the following Post Secret).

I freaking LOVE my zoom lens!

by Dan Gallagher
Faith is a vital topic in Christian circles, and is apparently something almost everyone wishes he had more of. Faith is basically “trust,” and this teaching breaks down the subject of trust by providing a practical exploration of its four components: character, competency, consistency, and cohesion. Starting with the first relationship He had with mankind, God has woven trust into the very fabric of all relationship, and we must understand its role in order to develop healthy and godly relationships.

This teaching will prompt you to examine yourself and consider the following questions: Are you generally a trusting or a distrusting person? Have you ever trusted when you shouldn’t have or not trusted when you should have? Do you have relationships that you would like to see improve but are not sure where the problem is? Do you want to increase your trust in God, or have you ever considered whether God should trust you? Trust us, this teaching will bless you.