Goodreads is an American social cataloging website that allows individuals to search its database of books, annotations, quotes, and reviews. Users can sign up and register books to generate library catalogs and reading lists. They can also create their own groups of book suggestions, surveys, polls, blogs, and discussions. The website’s offices are located in San Francisco. The company is owned by the online retailer Amazon. 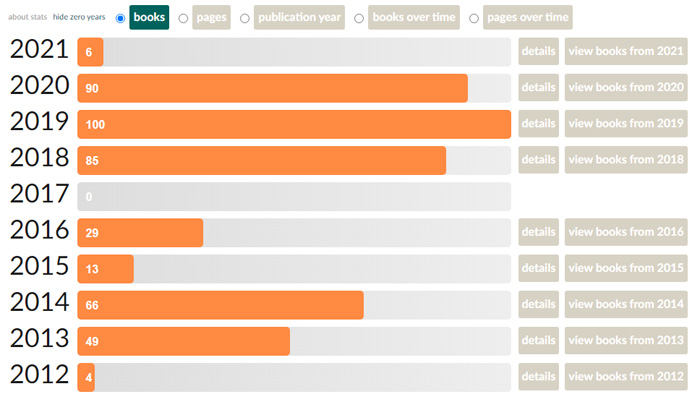 Not sure why I only logged four books in 2012 and I have NO idea what happened to 2017,(NO books, really??) but my reading has really been all over the map these past years.

Anyway. All of this to say, I’ve enjoyed using Goodreads over the years and I will continue to enjoy the site but ya’ll, Goodreads has some competition.

Have you heard of StoryGraph?

(By the way, I’ve been watching Word Nerds for a while now – they are a group of girls that make videos and host writing sprints from time-to-time – they are fun to watch and I encourage you to follow them!)

I made an account on StoryGraph and I like their interface so far. It’s simple, but strong. I like how you can take a survey and they will customize recommendations for you. I also REALLY like how you can EASILY import your Goodreads data and everything transfers over to StoryGraph. I’m still trying to figure it out, like I haven’t quite figured out how to follow people yet, but if you’re so inclined to follow me (and you can figure it out – which, by the way, let me know in the comments if you do), here is my profile page.

It’s still in early development and I’m sure they will add more features as they grow but I wanted to join to help support them on their journey and it’s fun to get involved in something in the early stages.

Anyway, if you’re looking for an alternative to Goodreads, or maybe you’re in the market to try something new, check them out!