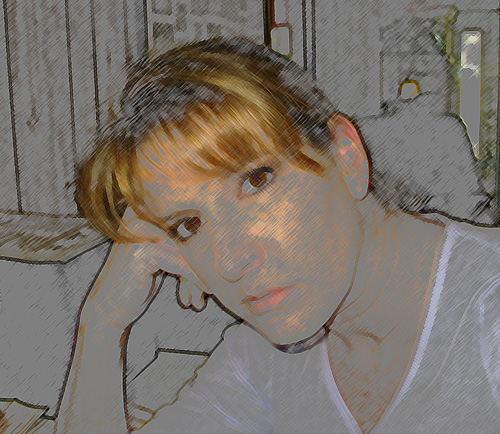 1. Would you rather have all traffic lights you approach be green or never have to stand in line again?

I think I would prefer all traffic lights be green. Then you could get where you’re going faster and have more time to do whatever you need to do at the place you were traveling to.

I actually don’t mind standing in line. At all, really. Unless I’m in a hurry, of course. But standing in line gives me a chance to stop, breathe and observe. And I love to observe people. I love to watch facial expressions, body language and how they interact with their surroundings. I like to eavesdrop on various conversations and try and guess people’s background stories. And I think waiting in line is a good way to practice patience, something that is virtually non-existent nowadays.

Also, side note: Why do people get so uncomfortable standing in lines, or being put in awkward positions? For example, whenever I come into work every day, I take the service elevator up to my floor, the 7th floor, and without fail, if I’m in the elevator with other people, they will pull out their phones and look busy. And I’ll be honest, I peek around to see what they’re doing and really, they’re not doing anything, just literally scrolling through apps that are not open or read old text messages. It amuses me and annoys me that people feel they HAVE to stare at their phones for various reasons. Though I DO NOT want to start a conversation with anyone, I’m perfectly fine to just stare at the elevator numbers, I do find it sad that people are SO determined to withdraw from society that they have been reduced to staring at a hand-held computer.

Also, side/side note: People that are walking into work, at 7:00 AM, with their phones plastered to their heads and having a conversation with someone. At 7:00 AM?! Who the hell are you talking to and why can’t you talk to them later? Say, after you get off work. Who wants to have a conversation at 7:00 in the morning? Really bizarre to me.

2. Would you rather spend the rest of your life with a sailboat as your home or an RV as your home?

Oh, super easy, RV all the way. I LOVE camping, well, GLAMPING, let’s be honest. I would totally love to live in an RV and travel, at my leisure, around the countryside and blog/vlog about our travels and just ENJOY God’s amazing Earth.

I get motion sickness pretty easily, hence the reason I have to drive everywhere because being a passenger in a car, even going across town, is enough to make me hurl chunks. So the thought of even BEING on a sailboat churns my stomach acid. (Though interestingly enough, I don’t really get seasick when we cruise. Probably because the ship is HUGE and has stabilizers to discourage rocking).

3. Would you rather give up all drinks except for water or give up eating anything that was cooked in an oven?

Again, easy. I would rather give up anything cooked in an oven. I drink coffee and water, period. I don’t drink soda and rarely juices. And I could totally live on cold cuts, cereal and oatmeal (hot water from the water cooler. HA! Loop hole).

If the question had been phrased differently, my answer would be different. If the question was if you could see your future or someone other than yourself, I would have said other people. I don’t want to see when/how I die, or when someone I love dies. But seeing 10 minutes at at time? Hhmm…I think I would rather see my own future. Then I could tell if I’m making the right decisions in the moment – make better choices, I guess.

5. Would you rather have an easy job working for someone else or work for yourself but work incredibly hard?

Depends. If I work for myself, am I ultimately successful? Because if I would have to work incredibly hard only for it to go nowhere I don’t know if it would be worth it. But how could it NOT go anywhere because I’m pouring my whole self into it?

Not gonna lie, my first instinct is to take the easy way out. Not because I’m lazy, though I am sometimes, but because after I’ve gotten my work done, I can go home and not worry about stuff and  focus on things I really want to spend my time on.

But I also think taking the easy route would be so BORING after a while. It would definitely be more challenging to work for myself. BUT, I’ve tried that. When I was a stay-at-home mom and had the opportunity to work on websites and build my business, I didn’t.  I lacked self-motivation and drive to really make it take off.

So, the realistic answer for me is the easy job. I feel sort of embarrassed to admit that.

6. Would you rather be the first person to explore a planet or be the inventor of a drug that cures a deadly disease?

I have zero interest in being the sort of person who has to try something first. I’m the LAST person to update my phone, or buy some new fancy gadget. I would rather the bugs be worked out of it first before I spend my money on it. I have no problem with waiting. So being the first person to explore a planet doesn’t appeal to me at all.

But the opportunity to help cure people and change their lives for the better? I am 100% on board with that plan. I would want to remain anonymous, though, because I wouldn’t be doing it to become famous but because if that opportunity ever came up? It would be the right thing to do.

Seriously. Who would want to go back to age five? Actually, I take that back. Think about that a moment. If you knew what you know now at a young age, think of the BETTER choices you would make and how different your life would be right this moment. I wonder if we learned wisdom at an early age how the whole WORLD would look now?

Better, or worse? (I sense a story in there somewhere).

And though I’m not an animal lover, I would pick this choice. Imagine your neighbors dog that WON’T STOP BARKING? I can see being able to control animals coming in handy at times. *ahem*

9. Would you rather have unlimited international first-class tickets or never have to pay for food at restaurants?

I think if you never had to pay for food ever again would be a one-way meal ticket (see what I did there?) to becoming obese. No thanks.

10. Would you rather see what was behind every closed door or be able to guess the combination of every safe on the first try?

So, you guess the combination of every safe on your first try. Why? To become a thief? Why else would you want to open a safe? Hard pass.

But to see what is behind closed doors? To hear conversations and see how people REALLY are when others are not looking? Now that would be an invaluable asset, I would think. And I bet shocking, to be honest.