Let’s talk about something non-work related … 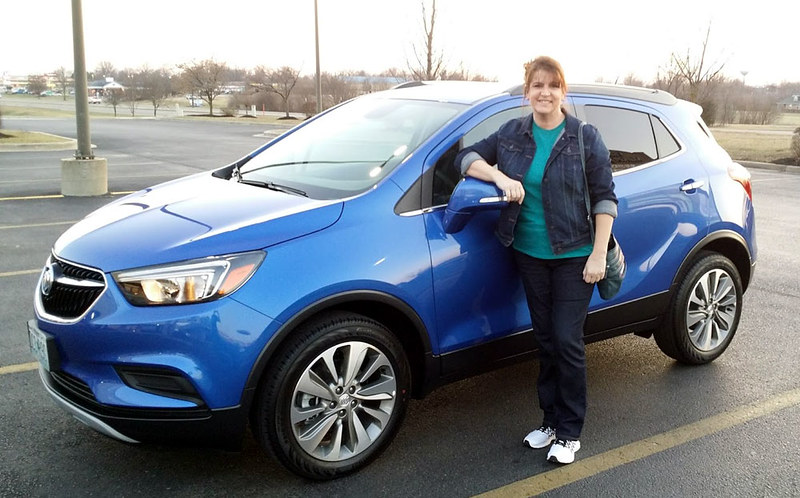 I never pictured myself with a blue car but when I saw this one, it just spoke to me.

Side note: Who thinks this looks like a skate? Or a blue potato on wheels?

Yes. We traded my Pontiac Vibe in. We really had no intention of going that route. This happens to us every time we start talking about making any sorts of big changes … it just sort of happens and when it happens, it happens QUICKLY.

My Vibe was not acting up or giving us any problems. It’s been a very good car. It’s just been ten years and we thought we should probably trade it in before it lost any more in value. Though honestly, I would have been fine driving it another five/ten years – it was a good car!!

So. We started looking. I always tell Kevin, let’s not look unless we’re serious because then we get excited and before you know it, we have a new car.

Kevin found the Hybrid CMAX. We had been talking about buying a Hybrid but the last time I drove a Hybrid was ten years ago when we were looking for a car. And back then, they were just WEIRD. I test drove a Hybrid Ford Escape and I could never tell if the thing was still running or not; it freaked me out. So we scratched that idea then ran across the Vibe. I knew, immediately, I loved the Vibe. It just felt right. And then good old Uncle Sam had to stick his big nose into things and Pontiac went out of business.

I was truly sad. I loved Pontiac cars and I would have totally bought a new Vibe, if they were available.

But since that wasn’t an option, we thought the CMAX looked nice. We went to Ford and test drove it. It’s a super nice car. And the Hybrid feature has improved so I didn’t feel quite as freaked out by the lack of motor noise/feel. The dashboard was HUGE. I guess that’s where they had to make room for the battery. It’s very high tech. The CMAX we drove already had 25,000 highway miles on it and it was a 2016. But considering I really don’t drive that much, the 25,000 miles didn’t really bother us that much. But we wanted to keep looking so we continued looking online. We came across the Encore and made an appointment to test drive it.

I loved the Encore right off the bat. It has a fancy-smancy touch screen that syncs to your phone and it comes with Sirius XM radio and Onstar / WiFi hotspot options.

It’s so cool, because if someone texts me while I’m driving, then that person gets an auto reply along the lines of, “I’m sorry, but I’m driving right now, I’ll get back to you as soon as I can.” In fact, my doctor text me the other morning and got that auto reply. I told him when I saw him at work, “I see my car has been talking to you.” HA!

However, it’s also distracting and you have to train yourself not to stare at the screen whilst your driving. However, if someone calls me, then I can just press a button with my thumb on the steering wheel and answer the phone without taking my eyes off the road. Which is pretty cool!

So. We both love the car and go into the dealership to talk numbers. Since we saw the car online, they had a $5,000 off the sales price promotion. So now we needed to find out what they would give us for our car. We actually happened to buy my Vibe from this same dealership so we were hoping for a good deal. They came back with a dollar amount. I wasn’t surprised but Kevin pushed a little more and they gave us a little more. Looking back, we should have just kept the car and sold it, we would have gotten more money for it, but ultimately, neither one of us wanted to mess with putting in an ad, having people look at it, securing payment, etc., so we agreed. With the $5,000 off and our trade-in, we ended up paying a lot less for the Encore than we did for the Vibe ten years ago so we were happy with the price.

They had us approved and out the door before we even knew what was happening. It was easy, WAY TOO EASY. In fact, they sold us the car and took possession of my Vibe all without the title. Kevin went to the safe deposit box the next day and got the title. I thought that was awful trusting of them to do the transaction without the title in hand, but I guess since we were repeat customers they felt like they could trust us. That and our credit score was crazy good. 🙂

I’m loving this car so far. It has a few things that I’m not crazy about, it sort of hesitates whenever I take my foot off the brake and before I accelerate. The brakes are also super sensitive. And it’s not as big as the Vibe was as far as the storage compartment. Oh, and it doesn’t get as good of gas mileage as my Vibe did, but overall, I’m happy with it. Kevin and I are talking about driving down to Padre Island sometime in September for our vacation this year. We’ll see. We are foregoing the cruise this year – we are saving our frequent flyer miles to cash in next year for our two week Mediterranean cruise.

It doesn’t have a key. It’s just a push button ignition. At first, this bothered me but I’m quickly getting used to it. I don’t have to dig my keys out of my purse whenever I approach the vehicle. As long as the key fob is a certain distance from the car, all you have to do is grab the door handle, push this button and it automatically unlocks. When you start it, you just put your foot on the brake and push the button. You push it again to turn it off.

I hope this car is just as good as the Vibe was because I’ll be driving it for at least ten years. Who knows what cars will be like then!