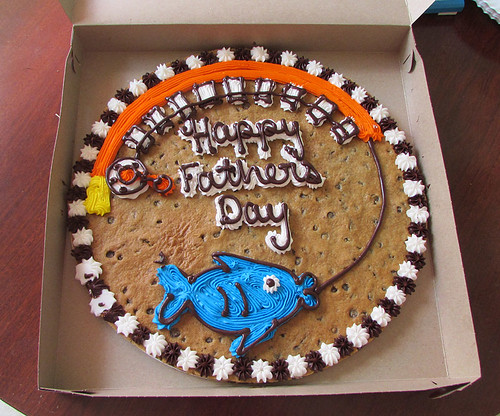 Father’s Day was non-stop here. Kevin and Roy mowed lawns, I did 3.25 miles on the treadmill, got cleaned up and picked up a Jimmy John’s sandwich platter for lunch. After lunch, Kevin, Roy and the boys went swimming at our rental house.  For those of you just tuning in, Roy is Kevin’s uncle (his grandmother adopted him) and he lives in our rental house across the street.

Kevin’s grandmother died in 2008 (?) and Kevin and his mom are Roy’s co-guardians. I wouldn’t say the rest of Kevin’s family wrote him off, but they don’t have a lot of interaction with Roy, Kevin is fully responsible for him, though Kevin’s mom does help out when needed. Roy lived with Kevin’s parents for the first five years after Kevin’s grandmother died and the relationship became strained – plus, Kevin’s parents are getting up there in age and simply can’t watch/take care of Roy anymore – so the responsibility lies with Kevin.

How do I feel about it? I’m a little resentful, I’ll be honest. I admire the hell out of Kevin for stepping up and taking on that responsibility, but I resent the fact that Roy has become part of our immediate family – the boys moved out, and Roy moved in, in essence.

Yes, I realize this makes me sound cold hearted and you would be correct in assuming that, I am a bit cold hearted – I really don’t want to be in this position, but then I immediately feel guilty for thinking that because if Kevin hadn’t stepped in and taken over Roy’s care, he would be in a home right now.

I have a lot of guilt for feeling this way.

But the situation really turned out for the best. We firmly believe God had a plan for us when the woman across the street passed away and her home went up for auction. And Kevin was curious, so we attended her estate sale. I remember feeling so, SO sad walking through her house and seeing all of her possessions laying around for people to nit-pick over. I remember feeling angry that there were people who would turn their noses up at her stuff, stuff that she was proud to have, took care, held memories for her.

And I remember feeling FURIOUS that Kevin bid on the house. Luckily, he lost the bid. I was relieved.

But again, God had a plan and one month later, the guy who bought the house contacted Kevin and asked him if he wanted to buy it – he said yes.

It was my birthday. Happy birthday to me, here’s a rental house.

We took out a home-equity loan against our house and fixed the rental house up. We tore up the carpets and put in hardwood floors. We completely remodeled the kitchen and put in all new appliances. We painted and fixed up the landscape. We got the pool up and running for about $600 even though “the experts” told us it would take about $12,000 to get it working properly.

And by “we” I mean Kevin. Kevin is a master of all trades and quite talented in figuring things out. He did a fantastic job of fixing that house up.

Shortly after fixing it up, Roy’s relationship with Kevin’s parents went south. And Kevin had an idea – why don’t we ask Roy to move? He would pay us rent, Kevin would be able to keep an eye on him and someone we knew would be living there.

Oh. And how about turning the basement into a music studio for his band to use for practice?

I’m telling you guys, I’m married to a genius.

So that’s Roy’s story in a nutshell. And Kevin is usually at the rental house more than he is at our house, but that’s okay, it gives me a chance to do what I want to do and Kevin has his space.

Back to Father’s Day.

So the guys are swimming at the house. I don’t swim over there. I never have and I never will. I will not be caught dead in a swim suit in front of Roy. It just feels ……………. icky.

So I went to the mall. And while there, I returned this dress to Old Navy. I wanted to like it, I did like it, my body, however, had other ideas. And yes, I’m on the endless, frustrating cycle of trying to find clothes that will look good on me and keep me cool when we go to Bermuda.

(Yes – we booked the vacation).

And then I picked up the cookie cake that you see above. We don’t DO cakes in our family – it’s always cookie cakes.

I took it over to the rental house and the guys were ready to take a break from swimming and sugar up.

The guys lounged around a bit more after cookie cake, some more than others…. 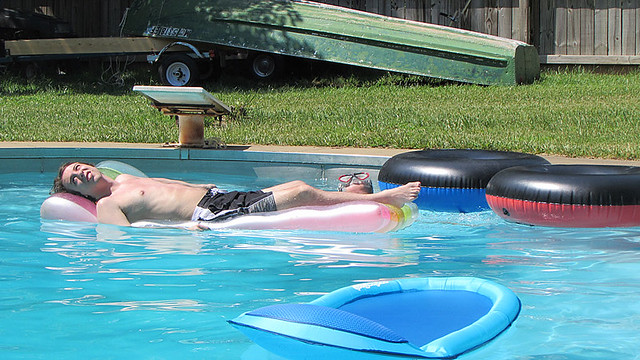 And then Kevin made curly hotdogs

and then we all five, me, Kevin, the boys and Roy, all played Lords of Waterdeep. It’s a Dungeon’s and Dragon’s board game – yes, we ARE that cool.

It’s a super fun strategy game and we will be playing that more often. The boys really enjoyed themselves.

He had his eye on these the other day when we were shopping for me for (more) sneakers for work but he didn’t end up buying them. I went back later and got them for him because I knew he would never buy them himself.

Cool sneaks for a cool man.

It was a crazy, busy day but I think Kevin and the boys had a good time. He’s seriously one of the most awesome men/fathers and we are very blessed to have him in our lives.

We love you, Kevin!