I have the day off today and tomorrow.

Okay fine. You don’t care. But I am loving it!

I haven’t had a day off since our Vegas trip in October.

I got my gray covered this morning. 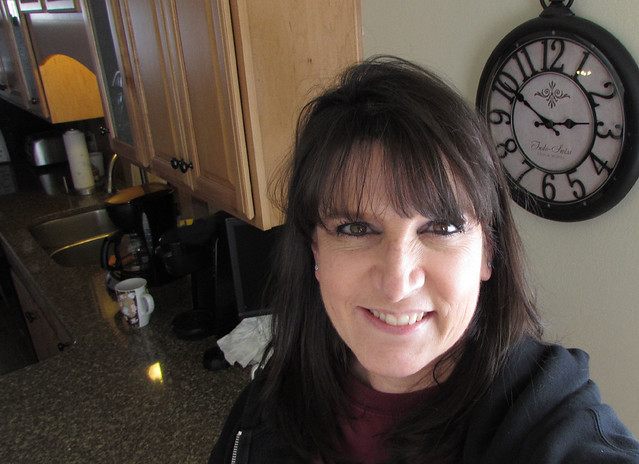 I ABHOR the hair dresser. Not because of where I go – they are actually super nice and their prices are fantastic – no, I hate going to the hair dressers because that means I have to be messed with and I HATE BEING MESSED WITH.

Body massages and pedicures are definitely out for me.

Know what else I’ve been up to today? Other than a nappie poo … or two … (Hey! It’s a day off, remember?? I can be lazy if I want to be …), calling apartment complexes.

I did a lot of research over the weekend. (I love doing research on the ‘net – so many things pop-up that you don’t think about). And I narrowed our search to four strong possible places for the boys to live.

Yes. The boys SHOULD be doing this themselves. No. If I waited for them to take the initiative they would never move out. I wish I was kidding. *sigh*

Since this is the year we kick them out (I’m DETERMINED to make this happen), then I’m taking the bull by the horns and getting this ball rolling. Plus. They are getting on my nerves SO BAD. They are both so immature and lazy and I’m sick of their little boy mentalities – ENOUGH.

All of these places are close to where we live. And the prices are reasonable. In fact, my first pick just happens to be the cheapest pick. And the closest. When I called to see if anything was available, I learned a con right away – the parking is a first-come-first-serve situation. Which means … what exactly, I’m not sure. But if they want to park under one of the carports, they have to pay an additional $15 per month – which is one reason it’s probably cheap, now that I think about it.

I called all four places today. We are looking at two tomorrow. Possibly three. Since I could never get anyone to answer the phone at one of the complexes, we’ll just take a chance and drop by tomorrow and see if anyone is available to show us around. And the fourth place? Didn’t have any units available until April. Which, may work out fine anyway as I’m not sure the boys would be ready to move out in a week anyway.

We’ll talk about that tonight at dinner.

We have an appointment to meet someone at my second choice at 10:00. When I told Brandon what we were doing, (he isn’t working today) he was NOT excited. When I asked him why, he sighed and said “it’s more responsibility.” Well freakin’ duh! It’s called LIFE son; it’s time to start living it.

Anyway, I’m trying not to get my hopes up about these showings tomorrow. I can’t explain it but I either KNOW it’s going to be right or it WON’T. That’s how it always is with me. I KNEW Kevin was the one for me. I KNEW this house was perfect for us. I KNOW whether I’m going to get along with someone or not right away. I KNOW if I like something or not right away. It’s just a … feeling. That’s the best way I can describe it. Granted, these apartments are not for me. And I will do my best to keep my mouth shut and let the boys do the talking … but ugh. I just can’t wait on them anymore. I’m ready for them to begin their lives whether they are ready or not.

And I’m being selfish – I want two extra rooms in our house. One will be an extra bedroom for either me or Kevin (I mentioned we don’t sleep together, right??) and the other will be an office and/or a workout room.

It’s going to be SO NICE to have that space. But I don’t want to get too excited yet – we still have to make this happen. Blake actually did a budget the other day based on just the money he makes and he can do this – it will be tight, but he can do it. Brandon … can do it but he may have to get another part-time job or get more hours at work. But I’m hoping that moving out will motivate the boys to DO something more with their lives. Right now, they just go to work and play video games. I mean, they will likely do that when they move out, but at least it will be on their terms.

This MIGHT motivate my nephew, my 24-year old nephew still living at home with his dad, I might add, to get a job and maybe move in with them. They have all talked about moving in with each other for years. That way, they could split expenses three ways and it will hopefully kick-start my nephew’s life into gear. WIN-WIN.

Time to grow up, boys!