I just started watching "Breaking Bad." I'm not sure I'll continue to season 2. Disturbing on so many levels. Couldn't watch "Weeds" either.

I really don’t want a friend.

I really don’t need a friend.

The nurse I work with is a sweetheart. She truly is.

She wears her heart on her sleeve. She’s highly emotional and she’s a stress crier. Which means, when things get stressful at work, and they often do because, hey, it’s healthcare, she cries. Which leaves me feeling helpless; I have no idea what to do for her or how to make her feel better. When you first meet her, one would think she’s flighty and a bit dingy. But actually, she’s quite smart and pretty sharp for only being 27.

She’s made some, erhm, bad choices in life. I won’t go into details, her story is not my story to tell, but she has a lot of … personal drama. And that’s exactly what I’ve always tried to avoid my entire life – I DON’T DO DRAMA.

But I can’t help getting sucked into her world because we work closely together and I have sort of taken her under my wing because did I mention SHE’S SO YOUNG?!?

I feel like I could be a positive influence in her life – teach her how to become emotionally strong and how to deal with, erhm, less-than-favorable people in her life.

She has two small children. Well, not small-small, but school-aged children. So, she’s a single mother who works damn hard and has to deal with being an every other weekend parent. I can’t imagine how tough that has to be for her. And her family doesn’t even live here, they live in Oklahoma, so she literally has no one she can turn to in town because her family is not here and all of her “friends” sort of disappeared when she divorced.

So even though this girl is 20 years my junior, I sort of committed to being her friend … sort of.

She’s on a mission to better her life and get a nursing/teaching job back in her hometown. That way, she can be close to family, she will be working the same hours her children are on in school, she gets a pretty good deal on housing and she’ll actually end up making a bit more money.

But there are a few tests she has to take, and pass, before that can happen. I’ve been encouraging her to go for it because it would cruel NOT to. I can see how excited she is about the prospect of going home, she’s very close to her family, and honestly, there’s nothing here for her. But I told her that if something dreadful happens and she doesn’t pass her tests, I would be her BFF.

As soon as that offer came out of my mouth, I wanted to slap myself.

I’m a cold fish. I’m not a very good friend. Granted, I’m friendly enough and people seem to like to be around me because I make it a goal to make everyone around me laugh, at least once a day, but after work? I sort of want my time to do what I want to do. I’m selfish with my time. It’s okay, I can admit that because that’s the truth. And the last thing I want to subject myself, or my family to, is dealing with someone whose emotions are so near the surface and whose life is volatile even on the best of days. I’m not sure I have the patience for it, to be perfectly frank.

But if there’s one thing you can count on with me, whenever I make an offer, I stick to it. So if she needs me to be her new BFF until she can direct her life down a path she wants to take, I’ll be there for her.

But I really hope she’s able to pass her tests. For her sake, and for mine. 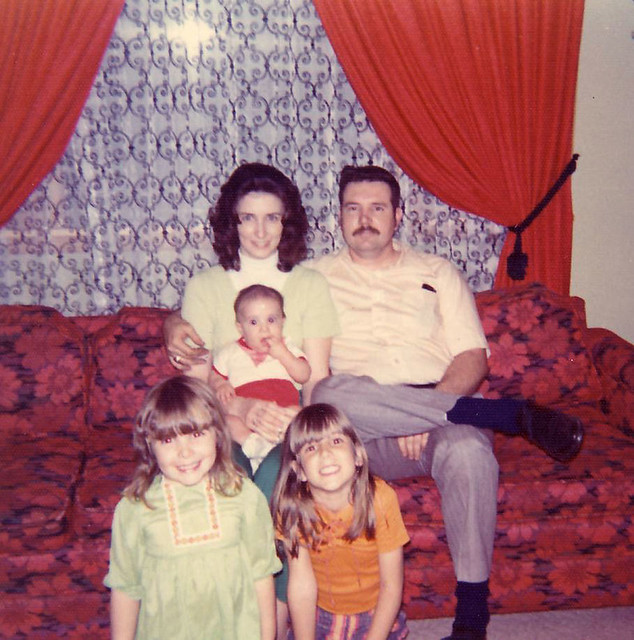 (I never call my dad papa, but it sounded cute so …)

(Also – I’m the girl dweeb on the right on the floor looking all cheesy and onery … yep. I’m the oldest. Explains a lot, doesn’t it).