I know this can be a little dry, but pay attention, Bill brings up some really good points and honestly, we’re heading in that direction.

Are you easily offended? Does every little comment, or instance, throw you into a tantrum?

Maybe it’s time to toughen up and grow a backbone.

“Race cards are like dollar bills, when you print trillions of them, they’re worth less.”

The Republicans-hate-blacks narrative remains crucial to maintaining the monolithic 95 percent Democratic black vote, without which the Democratic Party cannot succeed. Economist Thomas Sowell writes, “If Republicans can get just a fourth or a fifth of the black vote nationwide, that can shift the balance of power decisively in their favor.” As recently as 1956, nearly 39 percent of blacks voted Republican in the presidential election.

The next time a Democrat or member of media speaks darkly about these anonymous Republican “racists,” ask this question: Don’t Israel and Rockefeller, currently in office, have a duty to “out” these racists? Why allow known bigots to remain in government? Doesn’t morality require Crist, running as a Democrat for his old job as governor of Florida, to identify and help remove these racist elected officials? Aren’t these Republican “racists” — whose IDs are being protected by their Democratic colleagues — detrimental to the interests of the nation and serving in violation of their oath to protect and defend the U.S. Constitution? Doesn’t this oath mean protecting and defending the rights of all constituents irrespective of race — and exposing the “racists” who refuse to do so?

Why protect them? Why conceal their identities? Out the SOBs!

But, no. Democrats would rather just brand unnamed Republicans as “racist,” no matter how absurd or outlandish the charge. Given this tepid five-year-old “recovery,” the Obama-loving/leftist media/academia/Hollywood crowd cannot, during this off-year election cycle, brag about economic growth. So look for more topic-changers like “income inequality,” climate change and the eternal struggle against the unknown “racist” obstructionists who sit across the aisle. [Source]

Because playing the race card is the only “card” the Democrats have when it comes to being re-elected. Democrats are masters at making blanket statements and dangling generalizing bait topics to throw Americans, who aren’t really paying attention to begin with and those who are, have the attention of a five-year old, off the fact that the left doesn’t have anything substantial to back up their claims that America is stronger and better off than we were 10, or 15 years ago. When you don’t have data to back up your claims, the only thing you have left is distractions and name calling.

I know politics are boring for most of you – I get it, it’s boring and incredibly frustrating to try and fight an uphill battle, but more and more people are burying their heads in the sand and are becoming more and more complacent about losing little freedoms here and there. One day, we are going to wake up and realize that our freedom of speech, our freedom to protect ourselves, our hard-earned money, will BE GONE and we’ll be at the mercy of those in charge: we’ll be a full-fledged socialist county. We will become mere puppets who can only move when our puppeteers pull our strings.

But honestly, we are a country of tip-toers, people who are too afraid to simply BE who they want to be. Who cares who you sleep with. (I’M STRAIGHT AND I SLEEP WITH MY MALE HUSBAND – see? Snoresville). Who cares if you wear white after Labor Day.

You are you. Don’t apologize for that.

I tell people all the time, in fact, I should have this tattooed on my forehead: I am who I am – take it or leave it.

If you’re not willing to proudly declare this to anyone who will listen, get out.

How about we stop mucking up what others have fought so hard to obtain for us? 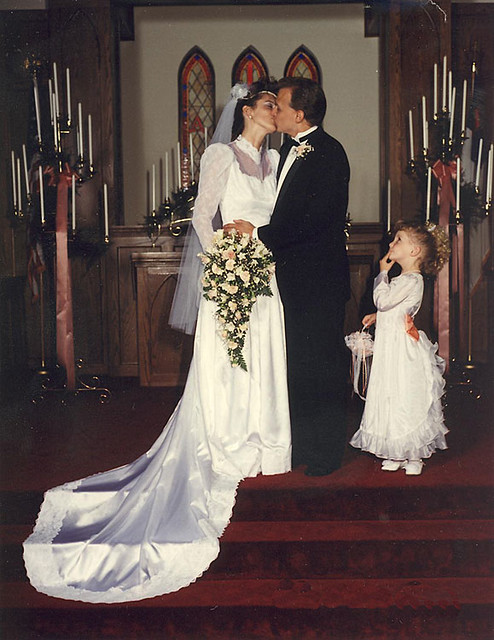