Me and Kevin on his dirt bike. This was back before he had his accident in 2010. 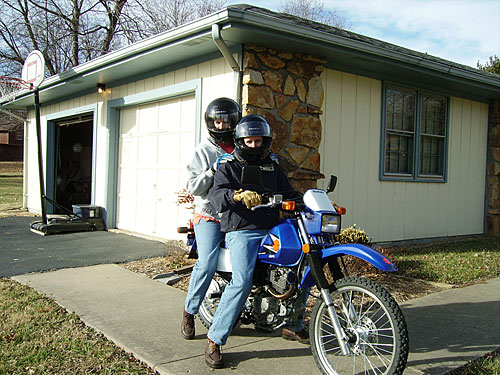 This was actually before he bought his beautiful street bike, drove it for 200 miles and then had his accident. 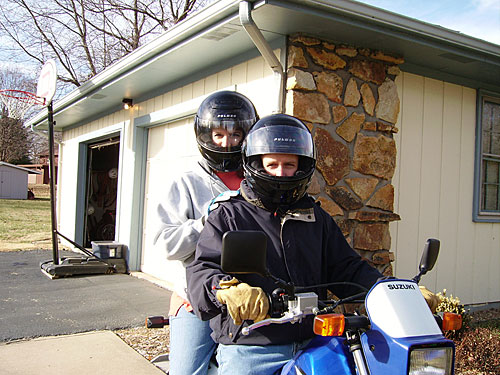 I’ve never really liked motorcycles. They scare me. Not so much for the driver, but because people have so many distractions when they drive now, no one really pays attention to what is going on around them, let alone keeping an eye out for someone on a motorcycle. 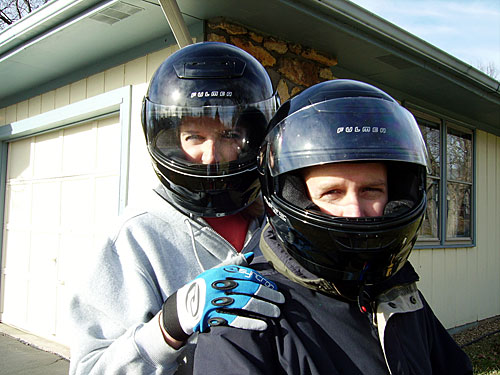 I rode with him on the dirt bike once (twice?) but never on the big bike. It’s not that they scare me, per say, but that I wasn’t sure it was wise for both of us to be on the bike – what if we got into an accident? The kids wouldn’t have parents anymore.

But it was fun the few times I rode with him.

It’s been six years since his accident. He’s back to normal save for the huge plates, screws and bolts that is now his pelvis. He has a slight limp but overall, walks just fine. I can’t imagine how our lives would have been different if he hadn’t been able to walk again – he’s so active!!

His motorcycle days are over. I made him promise me he would never ride again. Which is sad considering he loved it so much. We were so freaked out that we even sold our bicycles.

But enough time has gone by that we’re considering riding bikes again. In fact, we have ridden a few times. Since Kevin and Roy are so into garage sales now, they have actually bought five bikes – one for each of us. We’re planning on taking them out on the bike trails sometime this summer. We used to do that when the boys were little. I have no idea if the boys will be willing to do that now, but hey, at least we have bikes for them if they say yes.