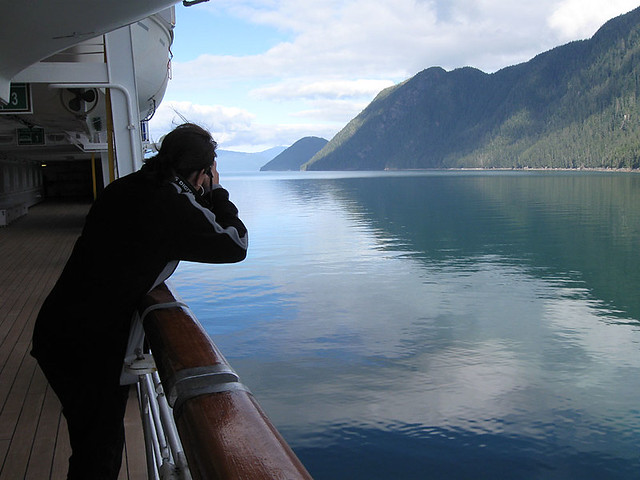 Finally. We’re on Holland America’s Statendam. Look at that water – smooth as GLASS!!

Here’s one of my favorite pictures from our 2013 Alaska trip: 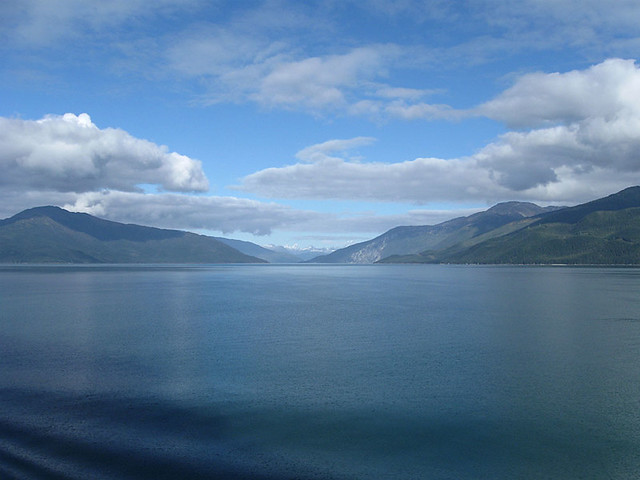 I want to blow this one up and hang it – soooo pretty.

We were also fortunate to see some whales, too.

I wish I could say the trip back down to Vancouver, after our cruise was over, was equally smooth sailing but alas, no, it was not.

We were one of the last cruises of the season and we ran into a storm on the way home. Luckily, our ship was small enough that we were able to stick to the inside passage and though it was not as smooth sailing as above, it wasn’t too bad. Whenever we passed by an area that there were no longer mountains on either side of us, the waters got very choppy and I got seasick. In fact, we have a video, somewhere, of the water in the pool sloshy so much that it soaks the deck. The pool water got so bad, that Holland America had to drain the pool it was making such a mess. But at least we were able to keep to the inside passage most of the way back to Vancouver. We were sailing side-by-side a Royal Carribean ship and it was too large to sail the passage so I heard they had some REALLY choppy waters on the way back.

That is definitely a con to cruising – even though the captains do a fantastic job of avoiding rough waters, it will occasionally happen. That’s when your Dramamine comes in handy.