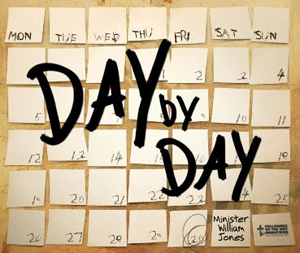 I think I could easily become BFF’s with one of the nurses. We just seem to … hit it off. Our sense of humors are in sync and trust me when I say, there aren’t many people who truly “get” my sense of humor.

I was feeling goofy and pretty good the day this nurse started. And she happens to work for one of my favorite doctors, AND, one of the doctors that I routinely schedule for. So when I met her, I laughed and said, “You’re gonna love me, I’m pretty awesome.”

I was pretty horrified at my audacity but yo, I am who I am. Take it or leave it.

Lucky for me, she took it. She’s been coming up to my window the last few days to talk about patients, but I get the feeling she just wants to talk to me and uses the patients as an excuse. It’s pretty cute, actually. I think she likes me. And I think she’s trying to get to know me better. She’s young. And pretty. And has a great personality. And she’s married to a pretty hot man, who she made a point of introducing me to when he came to the clinic several weeks back.

Funny. She didn’t introduce him to the other girls, now that I think about it.

I think we could be BFF’s. If I were looking for a BFF.

I took my Mr. Coffee Keurig coffee maker to work Friday; I was a barista for a day. The girls seemed to like it, but they only had one cup. I think they were afraid to drink any more. It might have had something to do with my “and these little cups are freaking expensive” comment.

Dude bought this … interesting figurine the other day.

I have no idea what this thing is, or what character it is from what game but … *shrug* Dude absolutely loves it. In fact, he gushed all over it when he showed me. “Just look at this shield, mom. They did such a great job painting it.” (It’s hand painted).

I won’t even tell you how much he spent on it – actually, I wish Kevin hadn’t told me how much it cost because DUDE, WHOA. But hey, spend it right now because when he turns 21? He’s gonna have to start paying for his car insurance, schooling, monthly phone bill, and saving up to move out … someday.

Jazz’s court date is Friday. He’ll have to miss his 1st period class in order to stand before the judge, take responsibility for rear ending someone, and get slapped with a fine.

Boy #2 is about to get a spoonful of reality.

We’re becoming a family of realists.

Jazz also has a Jazz festival at a local high school next Friday, too. So, between his court appearance and getting out early for the festival, he’s pretty much going to miss school on Friday.

I plan on leaving work at 2:00 on Friday so that I can go watch him play.

Work can stick it.

The kids aren’t wearing their normal jazz band polos and khaki slacks this year – instead, they’re wearing all black: black slacks, black dress shirt, black dress shoes and a white accent. I bought Jazz a skinny white tie as his white accent. In fact, the kids played some sort of charity gig last night and he looked uber sharp. I tried to talk him into wearing his fedora, but he chickened out. I meant to take a picture, but we had to leave the house so quickly that I didn’t have time.

I’ll definitely take some pictures at the festival on Friday. And according to the band schedule, I think he has to play at a home basketball game Friday night, too. If so, that means he’ll have court Friday morning, a jazz performance in the afternoon and a pep-rally-sort-of-gig Friday night.

Why does everything have to happen all in one day?

And speaking of court dates: Kevin has been subpoenaed. He has to testify in court on March 18th in the trial against the woman who hit him, head on, on his motorcycle in April 2010.

Finally, after three years, this woman is finally answering to the felony charge of leaving the scene of an accident. Because not only did this … woman … hit him head on, she took off afterward.

I plan on taking off work that morning and going with him for support. Also. This will be the first time that Kevin has faced this woman, he’s never even seen her, so I’m sure it will bring up all sorts of emotional anguish for him.

And finally … there may be a job opportunity soon. The schools are converting all of their websites into some sort of universal Blackboard program where parents can make personalized accounts and access various customized documents for their kid. I’m supposed to be invited to attend some training sessions on how to access/manipulate the program. At first, I thought, no way, I can’t take on any more responsibility right now, but then I got to thinking … what if I can somehow talk the school district into hiring me full time to maintain these school websites? For security reasons, they no longer allow non-district employees to maintain their websites and I’m only allowed to continue because I’ve been “grandfathered” in and they trust me. I mean, I love doing the websites. L.O.V.E them. I would rather maintain the websites, as a full-time job, than doing what I’m doing now. And I would “hopefully” make more money.

So. I’ve held off saying anything to the schools and I’m sort of strategizing my plan of attack here. Nothing may come of it, but then again, it’s worth a shot – you never know until you ask, right? If they shoot me down, then my plan B is to drop most of the schools and maintain two – one high school and one middle school – because honestly, it just takes too much energy and I can’t keep up with it all and work 40 hours.